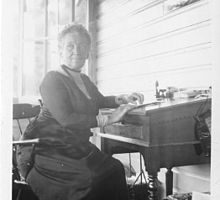 Cornelia Maria Clapp (1849-1934) was a pioneering research zoologist who inspired women to seek careers in the natural sciences. After graduating from Mount Holyoke College in 1871, Clapp became a teacher, following a conventional path for educated women of her time. But a college lecturer, recognizing Clapp’s potential as a scientist, invited her to professional meetings and field trips. She then returned to Mount Holyoke to become a biology lecturer. However, Clapp needed a full faculty appointment to engage in complex research, which required a doctorate. She turned to Syracuse, one of the few universities admitting women to graduate programs in the sciences. With her Ph.D., Clapp returned to Mount Holyoke and emerged as a leading scholar in marine zoology, publishing her work in top journals and developing new teaching facilities, including a laboratory fish tank that allowed students to better observe animal behaviors. After 15 years of faculty debate, she was promoted to professor in 1904.

Sarah Loguen Fraser, daughter of abolitionist activists, was born January 29, 1850 in Syracuse, New York. Her family ran an Underground Railroad station in their home that housed more than 1,500 escaping slaves. While traveling home from a visit to Washington, D.C. in the spring of 1873, Loguen Fraser observed a tragic wagon incident that left a small boy severely injured. When a large crowd formed but no one offered assistance, she decided to commit her life to becoming a physician. With the help of family doctor Michael Benedict, Loguen Fraser received her doctorate from Syracuse University’s College of Medicine (now Upstate Medical University) in the spring of 1876, becoming the fourth African American woman in the United States to become a physician. In 1882, she relocated to Santo Domingo and passed the certification exam, making her the first woman in the Dominican Republic licensed to practice medicine. After her death on April 9, 1933, flags in Puerto Plata waved at half-mast for nine days. 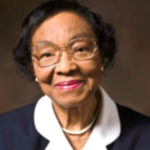 Rubye Torrey (1926-2017) was the first African American woman to earn a Ph.D. in analytical chemistry from Syracuse University. Her career as a professor, researcher, and administrator advanced the field of radiation-electroanalytical chemistry. She was particularly interested in research ethics, food chemistry, and the electroanalysis of drinking water and human head hair. Torrey was an active participant in the American Society for the Advancement of Science and was an important member of the Women Chemist Committee. 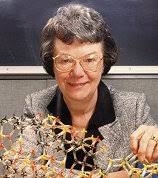 Edith Marie Flanigen (born 1929) began her career in chemistry in the early 1950s, at a time when few women were working in the field. Flanigen received her master’s degree in inorganic-physical chemistry from Syracuse University in the spring of 1952. She was the first woman corporate research fellow to become a senior research fellow in 1982 at Union Carbide, where she worked for 42 years. Flanigen was inducted into the National Inventors Hall of Fame in 2004, and worked with a national team to create the science and math school inside the Hall of Fame, which opened in the winter of 2008. In 2004, Flanigen also won the $100,000 Lemelson-MIT Lifetime Achievement Award for her groundbreaking achievements in zeolite and molecular sieve technology. In addition, Flanigen became the first woman to win the Perkin Medal (in 1992). She holds 108 patents in the United States, as well as many other awards and honors. 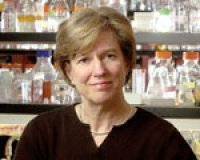 Nina Vsevolod Fedoroff (born 1942) is a molecular biologist known for her research in life sciences and biotechnology. Her research has contributed to the development of modern techniques used to study and modify plants. She completed undergraduate work at Syracuse University, graduating summa cum laude with a dual major in biology and chemistry. She then received her Ph.D. in molecular biology from Rockefeller University in 1972. In 2006, she received the National Medal of Science in the field of Biological Sciences, the highest award for lifetime achievement in scientific research in the United States. U.S. Secretary of State Condoleezza Rice named Fedoroff as her Science and Technology Adviser in 2007. 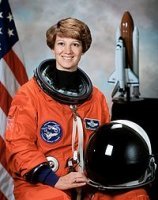 Eileen Collins (born 1956) received her Bachelor of Arts degree in mathematics and economics from Syracuse University in 1978. She earned a Master of Science degree in operations research from Stanford University in 1986, and then a Master of Arts degree in space systems management from Webster University in 1989. In July 1999, then U.S. Air Force Colonel Collins became the first woman to both command and land a space shuttle. The shuttle Columbia touched down with Collins at the helm in a tricky nighttime landing at the Kennedy Space Center. It was only the 12th nighttime landing in shuttle history. Collins retired in 2006 to pursue private interests, including service as a board member of USAA.

More from this Section